Our patient, ‘Adrienne’, came to our Clinic with her boyfriend. She appeared very emotional and overwhelmed at the thought of being pregnant and from the start felt that abortion was her only answer. She did not feel that she would be able to care for a child, especially this unexpected one. Her boyfriend was with her and remained in the waiting room while we led her through our appointment process. In the consultation room, ‘Adrienne’ was given information about what options were available to her while the nurse completed the pregnancy test. Her positive test determined that she would be taken to our ultrasound room and that’s when the magic started. The ultrasound scan began as usual but quickly encountered information that was unexpected— it detected the surprise of TWINS! At this point, our patient asked that her boyfriend be allowed to join her. When he came in and was introduced to these two little lives that they had created, he was ecstatic! We rejoice that this couple left our clinic choosing LIFE!

Our patient, ‘Maryanna’, came to see us recently, expressing that she feared she might be pregnant and that she wanted to take the abortion pill. We actually hear this a lot and have a dialogue that we employ to encourage these patients to come in for an appointment so that we can at the very least, confirm their pregnancy and the gestational age of the baby. This opens a door for us to minister to these women about the facts surrounding the choices they have available to them, show them what is inside of them and create an opportunity to share Jesus. In the case of ‘Maryanna’, her pregnancy test was positive but she was unsure about the dates and consequently thought she was only a few weeks into her pregnancy. Again, the power of a picture waxed strong as the ultrasound revealed a pregnancy much farther along than ‘a few weeks’. Nearly all the features of this little life inside were evident along with a strong hearbeat that could be heard in the hallway! ‘Maryanna’s’ husband was in the lobby and was invited back to see the ultrasound. He became very excited to see the ultrasound in action, ‘Is that the leg? The hand?’ We are always encouraged to have the fathers show this kind of support. It makes all the difference in the world. Upon leaving, ‘Maryanna’ had not committed to the outcome of her pregnancy, but the Lord had certainly supplied her with an armory of influence toward Life. Keep ‘Maryanna’ in your prayers!

Shortly after the Winter fundraiser, we received the news we have been waiting for these last TWO YEARS—the lease for the new clinic in Clearlake WAS SIGNED by the owner! We are finally on the road to being able to serve Lake County via a wonderful brick and mortar facility (see the above picture of our new clinic location – 14595 Olympic Drive)!

The renovations that are needed have already begun (see the trucks in the picture to the right?) and will probably take 2-3 months to complete depending upon the availability of supplies and the schedules of the sub-contractors. We can hardly wait! We will keep you posted on the progress and of course, of our grand opening when it draws near! We can’t tell you how much we appreciate the generous gifts and encouraging support that we have received from all of you over the last two years while we pursued negotiations. It was often a disappointing process but all of that is a distant memory while we now rejoice in the prospect of saving lives in Lake County and none too soon! Besides being the right size of a facility, this building is in the right spot. You know the mantra: Location, Location, Location! We are in the right location! Being on a main thoroughfare in Clearlake (Olympic Drive), as well as being across the street from the new Tribal Health Center and the Post Office, we have great visibility. At the same time, we have other businesses around ours to provide a little anonymity for our clients. 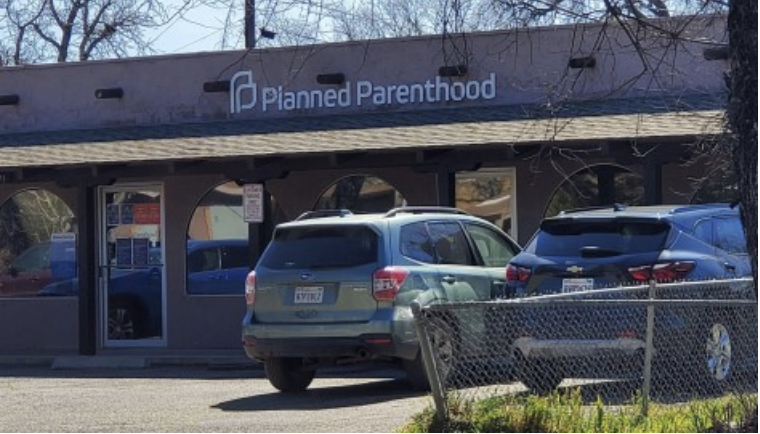 Additionally, there is a bus stop right out front for the several patients that are limited in their transportation abilities! It couldn’t be more perfect because look who’s just down the street from us (hint: Planned Parenthood – see bottom left). Our staff is so excited to serve more women! We are currently recruiting and training staff so we will be ready to start as soon as our new home is ready! Maybe God is calling you to join us? Here is a warning though: it’s an addicting place to be because we see the miraculous hand of God at work everyday! 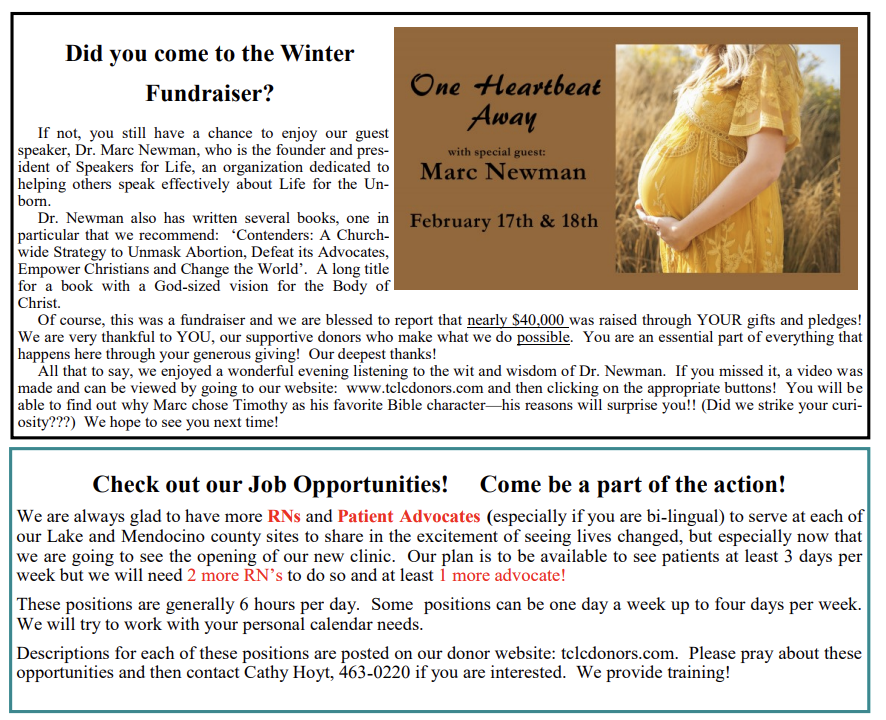 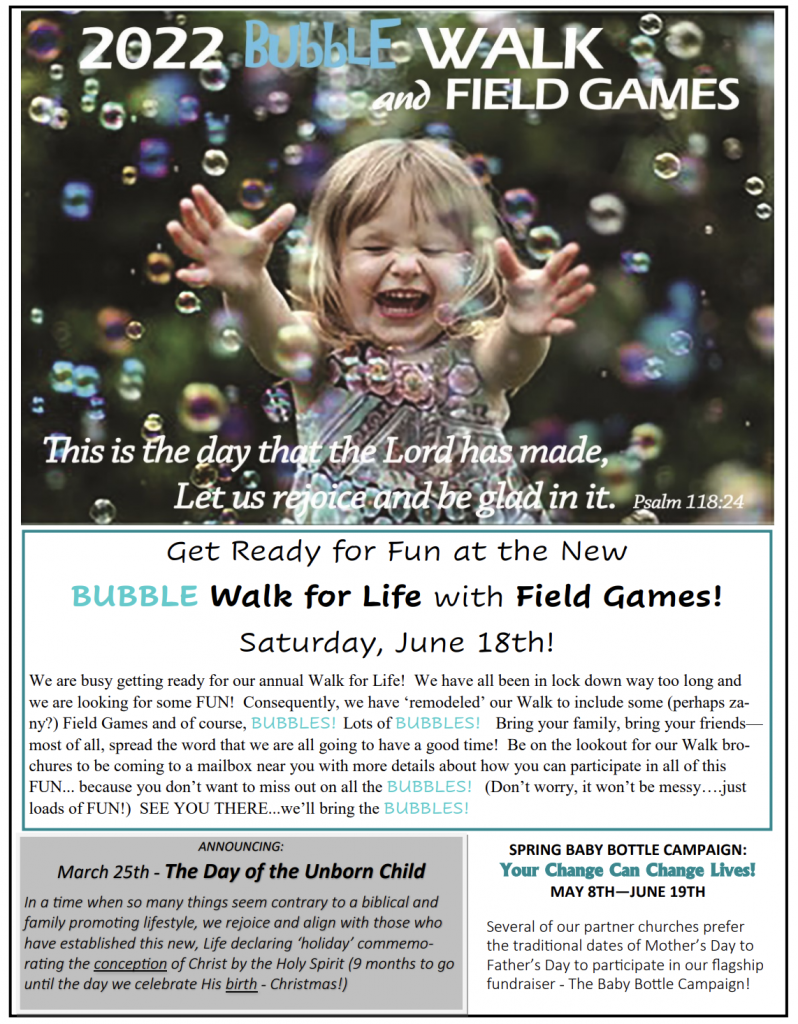 TCLC offers you the opportunity to join us in a work of compassion and to reach out with the love of Jesus Christ.

TCLC is a primary care medical clinic, licensed by the California Department of Health; License #550000746.

The information presented on this website is intended for general education purposes only and should not be relied upon as a substitute for professional and/or medical advice.

We are now serving women in both Lake and Mendocino Counties.

God’s power changes lives. Corporately as TCLC, we obey His Great Commission by reaching out with God’s love to others. Join us!

Your ticket for the: Spring 2022 Newsletter